This was the scene at 375 Colvin Ave. back in March.

Not depicted in this video was the anguish on the part of the nearby residents. Buffalo neighbors were reverting back to “yesterday’s mindset” and began worrying about what could become of the property. Fears loomed that the land would remain an empty construction site for years to come or a gas station or convenient store would set up shop on the prominent corner that once served as a community gathering place.

None of those scenarios would have been good for any of us, so I guess there was reason for concern. But this is the new Buffalo, and this blog is, if nothing else, positive and optimistic. So when I heard that the owner of the company that was demolishing the church bought the property and actually had plans for it, I wasn’t pessimistic, I was ecstatic.

Sam DeFranks, owner of Apollo Dismantling Services and former North Buffalo resident, said he fell in love with the property, especially the towering steeple that can be seen from blocks away. So much that he decided to leave the tower standing and began working on a way to incorporate it into his plan for a high end apartment complex.

Here’s what he came up with: 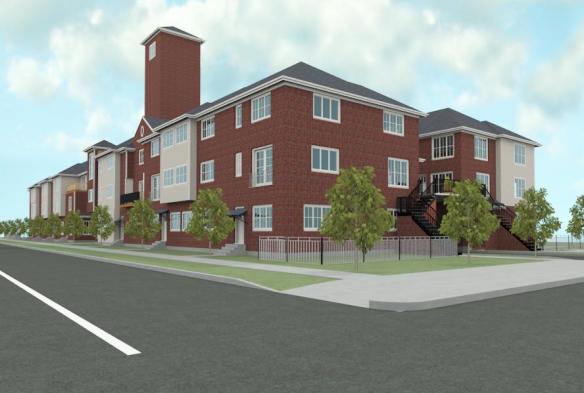 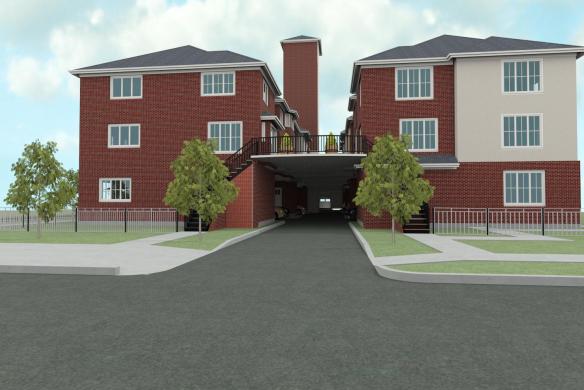 Pretty awesome if you ask me. Actually, no. Not just pretty awesome. Fricken’ incredible!

At a community meeting on September 18th, hosted by Mr. DeFranks, he shared the above renderings, provided details of the project and fielded questions from the residents. Some highlights include:

To my delight (and I’m sure to Mr. DeFranks’), there was just overwhelming support for this project. Coupling this great news with free pizza made this one of the best community meetings I’ve been a part of.

Minor requests that the parking lot be gated and the premises contain ample foliage were welcomed by Mr. DeFranks, and no concern was left on the table. He expects the rest of the city and construction “paperwork” to take them into the winter months and he hopes to break ground on the tentatively named “Bell Tower Lofts” in early spring. Time to complete would be about a year.

This project along with the proposal for St. Margaret’s School could bring upwards of 100 more people living in the heart of the Hertel Avenue district, all while restoring the vitality of such prominent landmarks.  Yet another reason to love what’s going on in North Buffalo!