As I sit here moping about not being witness to the Goo Goo Dolls show at the North Park Theatre tonight, I figured I’d post my sadness about the recent news of the closing of Empire Grill.

Empire Grill announced on Sunday via their Facebook page that they have closed for good. The media quickly picked up the story. I guess it was inevitable, as rumors surfaced a few weeks and months ago, which turned out to be accurate, just premature.

It’s not really clear from what I’ve read or heard as to why they closed. All that’s been said is that owner, Nick Kotrides, was looking to sell all three of the restaurants he owns.

Nice to see the Hertel Ave location was the hottest commodity!

I recall so many experiences at Empire Grill, and quite honestly, every single one of them being good. From some corporate and Ad Club events to regular all-you-can-eat Sunday brunches to some epic private New Year’s Eve parties, I can honestly say I’ve never had a bad time or bad meal at Empire.

I know that wasn’t the case for everyone, but for whatever reason, I’m sad to see it close. But to end this post on an optimistic note, it’s great to see things happening so fast. New owners expect to close on the building soon and reopen it by summer. I wish them great success and hope that they put together a unique concept that will regularly fill such a big, but awesome building.

I popped into the North Park Theatre this past weekend to inquire about partnering with the Advertising Club of Buffalo to screen a film. I walked away with much more than an answer to my inquiry.

I had a great conversation with programming director, Ray Barker, who was excited to discuss bringing a new film to the theatre. He also showed me around the lobby a bit. I quickly bought a bag of popcorn. 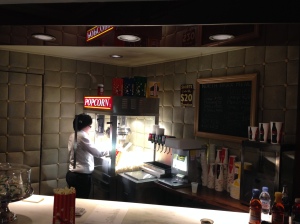 I then was given a mini-tour of the theatre by co-owner, Tom Eoannou. It was incredible to hear what he had to say about the restoration work, but what was even better was seeing his enthusiasm about it all. It’s such an exciting time for the theatre and for Hertel. 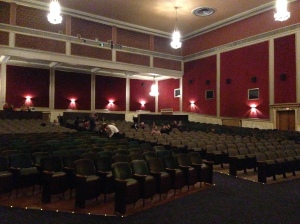 Check out what else I had to say about it in my blog written for Visit Buffalo Niagara, here.